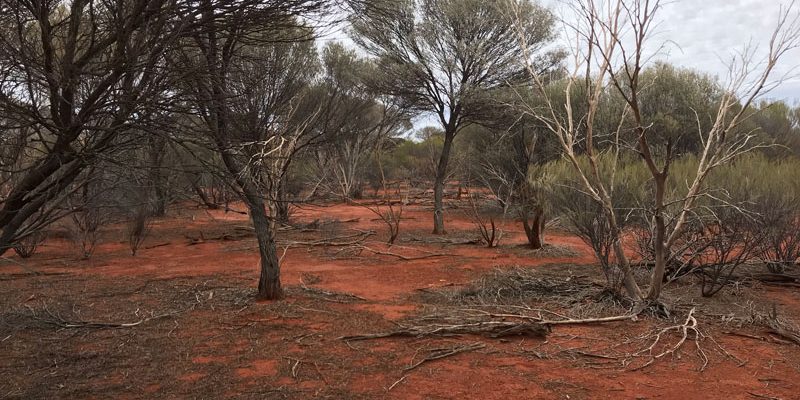 The Project consists of four granted exploration tenements (E31/1134, E31/1150, E39/1765 and E39/1882) and is located in the highly mineralised Laverton Tectonic Zone of the Eastern Goldfields Province of the Yilgarn Craton and is considered prospective for gold and nickel-copper mineralisation (Figure 1).

The core of the project covers a strike extent of approximately 29km within the Linden Terrain east of the Pinjin Fault over a north-northwest trending sequence of prospective greenstone and is immediately along strike from Matsa Resources’ Fortitude gold project (>385,000oz Au).

Several gold-in-soil anomalies were identified during previous exploration programs, in particular at two prospect locations, Hornet and Raptor (Figures 1, 2, 3 and 6). Both areas of soil anomalism were the subject of shallow AC drilling to the base of weathered rock and both demonstrated significant, lateral and strike extensive, unexplained transition gold anomalies.

Much of this exploration effort was undertaken at a time when the gold price was less than US$300/oz and therefore the hurdles to mining were much higher than today, with gold prices currently around US$1,500/oz.

Of particular interest is the Hornet Prospect, where two intervals at the transition from weathered rock to fresh rock, within what is logged as a mafic-rich variant of basement, remain open and unresolved (see Figures 2 & 3).

A small program of ineffective RC drilling was completed at Hornet but the holes drilled were testing a geophysical anomaly and missed the more prospective geochemical/geological targets.

Shallow air-core drill testing at the Raptor prospect (Figure 6) demonstrated a potential relationship between surficial soil and transition bedrock gold anomalism with shallow AC drilling along the anomaly failing to penetrate below the transition into true fresh rock and failing to explain adequately the source of what is a very large, very continuous gold anomaly.